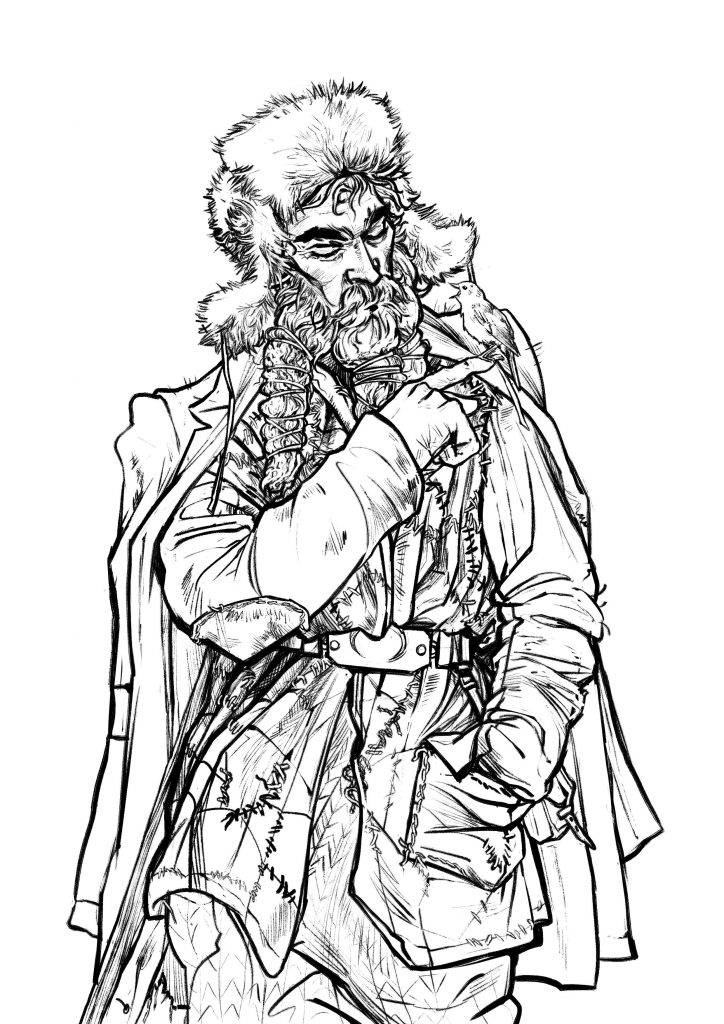 Grisha hails from the far cold area where he spent his childhood helping his family. A lumberjack and a village healer – their names are not important to his story though. The important thing is, his mother always liked sending young Grisha to town priests and pellars so as to learn to be in touch with nature as their religion dictated. Grisha had a great connection with one such pellar named Rodovic, who understood boy’s need to play as well as to learn and let him go into the woods as he pleased. During one of his explorations young Grisha encountered a pack of wild wolves and was struck with fear. The didn’t attack him immediately, much to his surprise. Instead, the pack leader came straight in front of Grisha and planted his paw right on his forehead. After that the wolves turned around and went back into the snowy brushes, and deep into the forest. Rodovic, after seeing the boy was astonished but fortunately he knew what it meant and began teaching Grisha basics of nature magic. Grisha then went back into the forest and met with the wolf-pack once more. This time being able to speak with them, he began training both his physical and magical prowess.

Everything was fine until he saw people of the village undergoing some changes. One became pale, muttering to himself, lashing out at others, like a sickness of the mind had overtaken him, soon after another suffered the same ailment. Then one day the calm of the village was shattered, the first villager had gone on a murderous rampage for no explainable reason. He was killed before he could escape but then a weeks later it happened again to the other villager who had fallen ill. He attacked and killed his own family and a neighboring family member. Then he fled, disappearing from the village. Realizing he currently could not help the townsfolk, Grisha went to the forest to try and find the cause of this sickness. There he encountered the Alpha Wolf one more time. Grisha asked him, whether he knew anything about this dark force. The wolf then spoke: “We speak, hopefully not for the last time. I think it’s time you knew. Something is corrupting the living to their own will. Look” He pointed his snout at the carcass of a freshly deceased elk nearby. “When it was killed from its wounds appeared a shadowy smoke resembling a human like form”. I do not know the cause but you must find it before it happens to us, to others. “Seek answers in the mountains, find a valley of three rivers flow together. GO!” Grisha looked at him one more time and the wolf changed. No longer recognizing him as a friend. With a wild fury in his eyes – the fury that Grisha has never seen before he growled. And so Grisha ran. He ran like he never ran before. He ran faster, farther than any other time in his life. And then; just then, he noticed that he wasn’t himself anymore. His hands turned to paws. His nose into a snout. Suddenly he could smell, hear… FEEL everything around him. The last gift from the Alpha wolf. He was now one of the pack.