The Fall of Murf

Talia knocked loudly on the portcullis and the mining went silent. Five creatures approached and negotiated with Kosev in broken undercommen. They agreed to let them pass through the mine one at a time. The party moved through the mining area and the solid stone door closed behind them. The passageway climbed gently for a few minutes and the sound of rushing water grew louder until the group came to water rushing over smooth stone almost 20′ across. Grisha turned into a bear and with Talia and Murf on his back walked across the river. Talia untied the rope which had been attached to her and attached it to Grishas bear form. Adda, holding the rope followed across the river slipping and falling once but managing to hold onto the rope to make her way across the river. Adda tossed the rope back across to Kosef and he followed across the river carefully. Then Rakham also crossed the river using the rope.

Continuing forward Kosev heard the sounds of clicking and scraping but the sounds moved away as he approached. He found the carcass of an insect like creature with a segmented body about 10′ long with six legs. It torso a bit upright with armored plates around its chest and head. Two huge spiked mandibles protruded from its insect like mouth.  It was bloated and partially eaten. Adda investigated the body and found it had been killed by weapons and had some burns as well. Its mandibles had blood and torn cloth on them. Rakham harvested some parts from the six legged creature with huge mandibles.

The group continued and the cavern opened up into a large chamber. On the right the floor dropped away into darkness, on the left there was a small opening about 20′ up the wall.  Near the center of the chamber two bodies lay broken on the rocks. As the party moved into the room a voice or warning cried out from the opening in the wall. A hunched figured appeared on the far side of the chamber speaking Kosev’s name. As the party approached with the light a sturdy hunched humanoid dressed in long dirty robes stood in the corridor. Its face was a mouth filled with with sharp slender teeth and in place of eyes a single dark void.

Talia fired her crossbow, striking it through its robes. The creature shrieked, “You hurts me, I hurts youuu” and it emitted a green beam of energy wrapped in tendrils from the dark void in its face. It struck Talia pulling her life from her. She managed to pull away feeling severely weakened.

Adda raged and Grisha changed into a bear and both rushed forward. As they attacked a second creature climbed up from the darkness on the right side of the chamber. Murf cast bonfire but the creature seemed to channel his magic and the fire appeared under Kosef. Kosef backed away from the edge of the chasm with Talia but the creature conjured a whirling cloud of daggers upon them. Talia dropped to the ground unconscious after being struck by several of the blades.

Grisha and Adda fought the first creature injuring it badly but then its dark eye opened again unleashing green tendrils of energy which drained Grisha from his bear form. He responded by turning into a wolf and leaping onto the creature biting its face and knocking it to the ground. Again it’s green energy pulled at Grisha’s life force and he reverted back to his natural human form.

With a crash a human dressed in robes fell to the ground from the opening up on the wall. He fixed his spectacles and rushed to Talia’s body trying to stop her bleeding.

Meanwhile Rakham fired his crossbow but failed to hit the creature several times. Murf rushed forward and tried to stab with his dagger but missed. The creature grabbed Murf with its large clawed hands and pushed him off the ledge. He let out a scream as he fell crashing onto something below and then another scream and he fell again. With another winching crash the party head Murf weakly cry out, “I am ok guys” and then a few seconds later, “There is something down here, help!” and then silence.

Suddenly a muscled woman appeared out of the darkness of the corridor to the right,  wielding a long sword she ran to Kosef’s side and attacked the second creature with her sword. The creature struck her twice with its powerful clawed hands as Kosef slashed at it with his blades. The creature again attacked the unknown woman but she managed to grab its claw pulling it off balance as she brought her long sword down on its back slicing a deep gash. Kosev followed up by slashing both of his blades across its neck and it fell to the ground.

As she fell the spectacle wearing man waved his hands and cried out and three rays of flames erupted from his hands burning the creature. Grisha now back in his human form called fire into his hand and launched it striking the creature again and it fell to the ground dead.

The wizard cried out “Hildr” and rushed to the fallen woman’s side, administering pressure to her wounds and stopping her bleeding. He then introduced himself as Lief Ric and said he was a member of The Arcane Society and was here gathering mushrooms for study when his group was attacked by the two wicked creatures. Isek Redstone and Siff Dran were both killed but he managed to levitate himself up into the opening in the wall to escape but became trapped there.

The party investigated the dwarf and human bodies. They had been partially eaten and had obviously been dead for a few days. Next to one of the body was two large sacks filled with parts of mushrooms. Grisha concentrated for ten minutes and sensed a faint yellow glow of conjuration magic coming from one of the mushrooms. He took it and put it in his back under the protest of Lief who said The Arcade Society would not be happy about it.

As the group recovered from the battle Adda went out of the room for a few minutes and rested in the passageway leading in. Kosef joined her for a bit before returning to discussed what to do next. They heard a sound as an armadillo like creature with long feathery antennae entered the room. It seemed to be attracted to metal as it approached the party members with metal weapons. It’s antennae turned several metal items to dust and then it seemed to eat the dust.  Talia fed it several crossbow bolts but it would not stop and eventually Adda knocked it off the ledge. 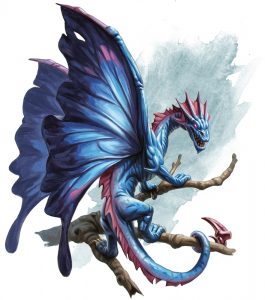 As the party continued to discuss what to do next Talia stepped away from the others and sat down. She breathed deeply reaching into her own mind focusing. She again saw the forest she had seen while she was unconscious, she approached a huge tree that seemed to be shaped into a three raised seats, in the middle, the highest seat sat the Ward King. He offered her a book and she accepted it. She opened her eyes and looking down at the book in her hand, it had a bark like cover and root like bindings. She opened the book and saw the three hills district of Tordan, it was more lively, more populated and less dilapidated.  People walked the streets and the markets bustled. As quickly as it came the view faded and she saw herself in the Temple of Nian training. A voice in her head said ‘Help Alail”. Then she saw Murf being carried over the shoulder of an ugly muscle bound humanoid with stone colored skin, a dome like head with protruding jaws. The creature walked along a river down stream. Again the view was gone and she saw The Ward King again, he slowly waved his hand and nodded. She looked down as she felt something moving in her hands. A tiny colorful dragon with butterfly like wings looked up at her curiously.

This entry was posted in Adventure Log, Aneeria, Tordan. Bookmark the permalink.